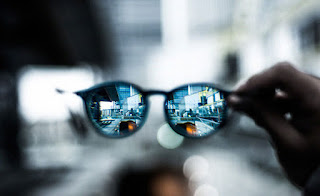 All things are created twice.

Every leader is supposed to have a vision of where the organization should go but what if the going gets tough? Does the toughness of reality invalidate the vision? On the contrary, the present challenges accentuates the seriousness of your vision and reveal the depth of your leadership commitment. It’s no great surprise that visioning is one the key demands of executive leadership. Successful leaders are able to look at, across, and beyond the organization, even beyond the clear and present dangers to the clear and future rewards for those they lead.

The simple fact is this – the future is worth visioning because this is where we will eventually live. The creation of tomorrow must begin today. Although Walt Disney died in 1966, five years before the opening of Disney World, it was reported that the vision of the project was so vivid in his mind that when he described the future, he speaks as if he had already been there! It was his clear depiction of the future that gave life to the project and rallied the entire design and construction team together even before the first brick was laid.

Leaders like Walt Disney have a talent for seeing the future and making it happen. They use highly visual language that paints pictures of the future for their followers. As a result, they seem to attain bigger goals because they create a collective mindset that propels people to help them make their vision a reality.

The best leaders talk often about the future and how it will be better than the present. Their forward-looking approach engages and excites their audiences and elicits commitment. There are five steps to consider whether if you are able to engage your audience with your “visioning enthusiasm”:

(1) Articulate Consistently
The message of the leader is not about novelty, rather it is be about consistency. If a leader articulates a different message or vision every time he or she speaks, then it is difficult for employees to follow because a shifting vision inevitably leads to unstable priorities. Eventually, this results in unclear and even conflicting expectations. When you talk about the future, can your team members expect the same story or does the plot changes with your mood of the day?

(2) Establish Long-term Partnerships
The strength of your vision is dependent on the strength of your relationship with people whom you trust, with team members who share the same worldview and perspective. The saying is true – If you want to go quickly, go alone. If you want to go far, go together. Without an intentional effort to forge long-term partnerships, the pang of loneliness can often set in and dilute the leader’s moral courage to carry on the fight. Most successful organizations are usually founded by two persons with complementary talents – this is the power of two at work. Do you have this this power of leadership at work personally for yourself?

(3) Communicate as a Team
The future can be envisioned by one person. However, it takes a team to translate that vision into reality. Hence, even though your message may be consistent but if you are singing the vision as a soloist, chances are you may run out of breath eventually. The metaphor then is one of conducting an orchestra rather than belting out the tunes entirely on your own breath. This principle is even more needful when an organization goes through challenging times because unity in the leadership team provides the thrust required for the realization of the dream. Communicate your dream as a team, not as an individual.


(4) Be Open to Feedback
You can gain great insight from frequent, regular, and ongoing feedback from other people. Although it can cause a great deal of discomfort, honest input helps create the accurate picture of reality and provide opportunities for adjustments so that elements of impracticality can be weeded out. Since no one individual can mandate a perfectly accurate description of reality, you must draw from many other people’s perceptions to imbue your reality with the deepest possible understanding of its many hues and shades. Remember, other people’s perception of reality, whether you agree with them or not, always add important nuances to your own perception.

(5) Be the Vision Yourself
Nothing communicates a vision of the future more effectively than someone who walks the talk and demonstrates the attitude and behaviour of what it takes to get there. Crafting the vision is the easy part, communicating the compelling case for the vision requires that a leader summon the moral courage to present the story for why the vision should be fulfilled in the first place. It is one thing to craft a vision but quite another to cast it. With the rising aspiration of the younger and talented workforce, employees are now looking for more meaning in their contribution and their loyalty is determined by the integrity of the company’s vision and mission. In other words, employees need to put a face to the vision. Without that personal association between the message and the messenger,  the vision remains as a legalistic reminder, not a motivated energizer.

The Seeing Comes Before the Behaving
Emotions drive attention. Visioning taps on to the hidden potential within the human spirit to rise up above the mundane of daily grind. Adding vision brings meaning and purpose to any activity – the danger to successful leadership is not busyness, rather it is a sense of mindless and routine activities which do not add up to a motivating future. To be busy is not the same as being purposeful. Purpose needs vision and vision can only be birth by leaders who see beyond. Beyond the issues and even beyond themselves.